The Missouri Fox Trotting Horse was developed from equines brought to Missouri in the 19th century. They included the Morgan Horse, Tennessee Walking Horse, American Saddlebred, Standardbred, and Arabian Horses.

The horse was bred by the pioneers and settlers in the Ozark Mountains. They cover the US states of Arkansas and Missouri. Settlers needed a solid equine to plow fields, work with cattle, and haul logs. People were looking for a horse that was comfy for a rider to handle bumpy trails.

Owners and riders love Missouri Horses for their unique gait. It was a good perk to traverse the rough terrain of the Ozark Mountains. Cowboys were keeping Missouri Fox Trotters as they were excellent stock horses. As the breed is a calm riding horse with a smooth gait, able to work with cattle. Such horses are ideal for pleasure riding as well. They feature impressive stamina and speed.

The stud book of the Missouri Fox Trotting Horse Breed Association became closed in 1982. It allows only horses with registered parents to be included.

In 2002, the Fox Trotter became the state horse of Missouri. The breed has spread through other states as well as Europe and Canada. As a result, European Missouri Fox Trotting Horse Association (EMFTHA) occurred in 1992. The European Championship Show was first hosted in 1996. In 2010, a European stud book was created.

In 2006, another registry was formed to preserve the original heritage of the breed. It’s called the Foundation Foxtrotter Heritage Association (FFHA). It features reducing the influence of the Tennessee Walking Horse on the breed’s pedigree. The FFHA doesn’t allow Fox Trotters with dominant Tennessee Walker’s blood. This is done to develop equines with characteristics close to the original Missouri Fox Trotter horse. 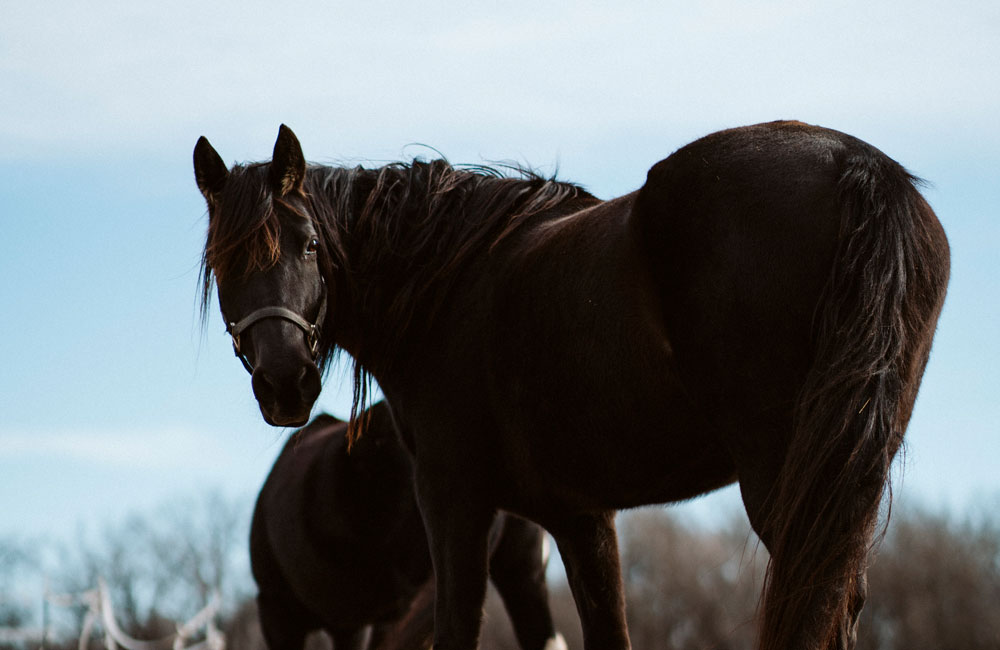 The Missouri Fox Trotter has a calm and placid temperament. The horse is quiet and relaxed. This makes the breed ideal for trail riding. Besides, Fox Trotters are outgoing that love getting attention from their riders.

Such a horse breed is a favorite among forest rangers in the United States. As the Missouri Fox Trotter Horse is easy to ride with its smooth gait. Such equines are not afraid of rough terrain like mountains and forests.

The Missouri Fox Trotting horse features its ambling gait called fox trot. It’s a smoother gait that provides solid balance and stability. That’s a great plus for rookie trail riders. Comfy ride and tolerance to human company make the breed ideal for children. As well as adults who are new to horse riding. 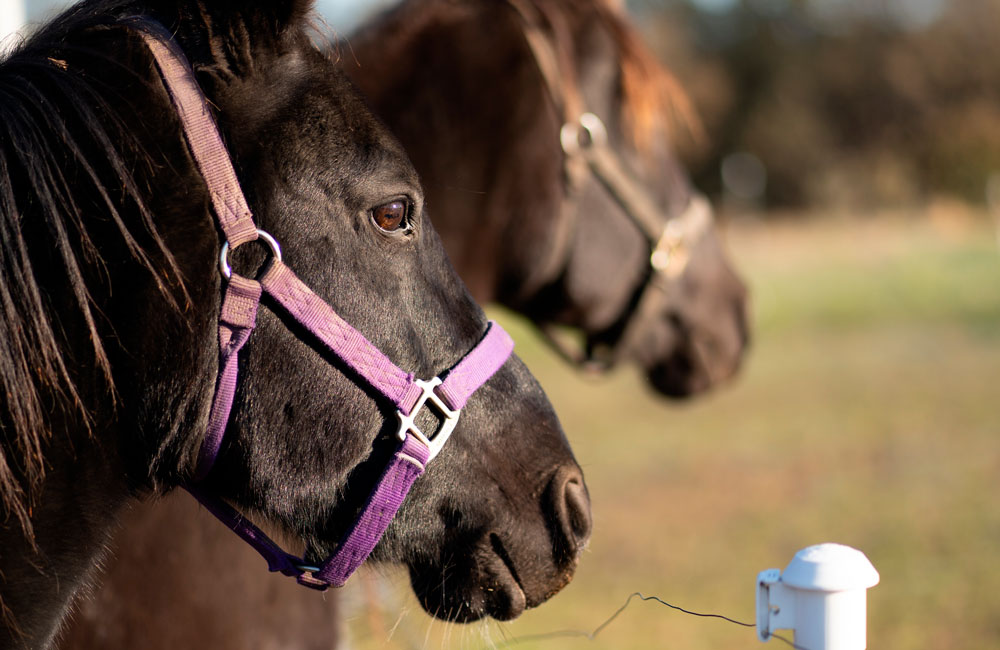 Missouri Fox Trotters have a sound conformation. The head is high-set with a straight face profile. The ears are pointed and well-shaped. The neck is average and well-built. The withers are pronounced, the back is straight. The shoulders are powerful. The croup is well-developed with a high-set tail. The joints are well-developed with shapely hooves.

The Trotter is related to surefooted horse breeds like the Kentucky Mountain Horse. However, they aren’t high-steppers. The Missouri Fox Trotter gaits are easily recognizable as they are smooth and rhythmic.

The Fox Trotter lifespan is 20 to 30 years. With the proper care that every equine needs, the horse can live even longer. Regular vet and farrier checks help to avoid severe health problems.

Missouri Fox Trotters can be any solid coat color including pinto coat colors. These may be black, grey, bay, chestnut, piebald, or skewbald. Such horses may have white markings on their face and legs. Pinto horses tend to have white patches all over their body.

The Missouri Fox Trotter Horse performs the flat foot walk, the fox trot, and the canter.

It’s a smooth four-beat gait when each foot hits the ground separately at an even pace. The final movement before hitting the ground should be close to it. The rear leg goes over the front leg. The name of the move is overstriding. The horse’s head shakes while the equine is on its way.

It’s a smooth gait as there’s at least one leg on the ground all the time. There are no more than two legs in the air while fox trotting. The gait is performed in the following way. The front limb of the diagonal pair lands earlier than the hind limb.

The headshaking adds even more rhythm to the gait. The diagonal pattern of fox trotting makes Missouri Fox Trotters a highly surefooted breed.

How to Get a Missouri Fox Trotter to Gait?

The answer is to pick a gait and keep the horse performing it. Find the contact spot using a bit and bridle to control your horse. If the equine starts to speed up, gently bump the reins. It will be a sign to slow down. Start to click if the horse slows down. Keep doing it again and again.

In short, use commands to keep your horse at the right pace. It will take a lot of practice, no doubt. But over time, you’ll get an excellent companion for trail riding and horse shows. 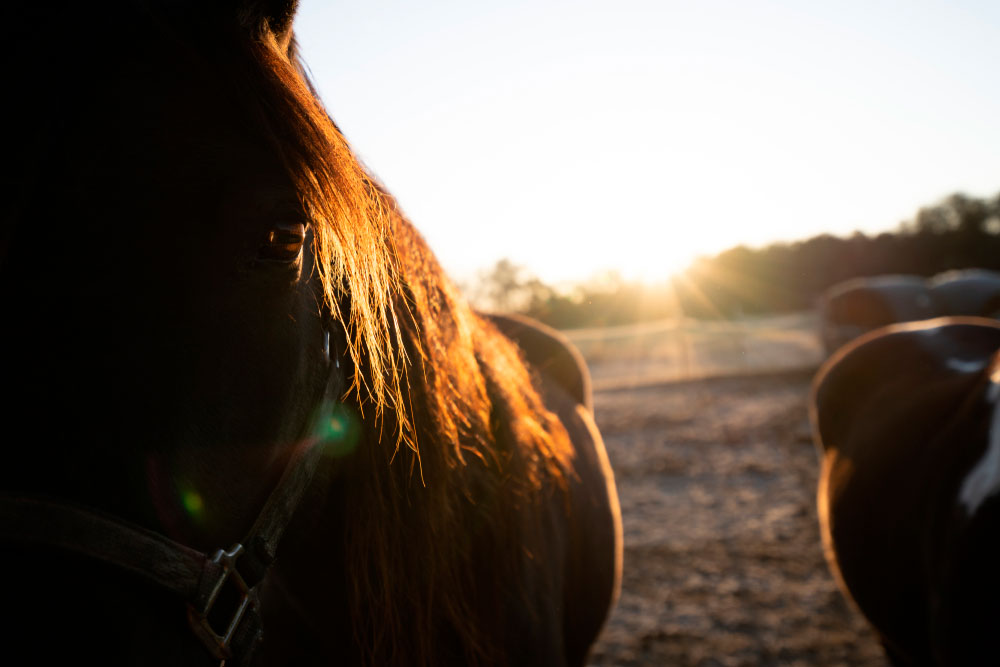 The name of Missouri Fox Trotter came from the state the breed was developed. That’s a superb surefooted horse with a compact body and sturdy legs. It can withstand rough terrains with no probs.

People adore the Fox Trotter for its unique gait. The fox trot provides a comfortable and smooth journey for a rider. The horse features a gentle temperament and great stamina. The Missouri Fox Trotting Horse is ideal for kids and adults. Don’t forget to wear a helmet for horseback riding and equestrian boots to get this ride safe.

David Garcia is a vivid writer and a big fan of equestrian sports. He founded Horsezz – the blog where David shares his knowledge and experience about horses, tack, equestrian riding equipment, taking care of horses, and other useful guidelines.
PrevPreviousKentucky Mountain Horse Gaits and Temperament
NextAmerican Standardbred Horse FactsNext