The Colorado Ranger is one of the oldest western horse breeds. The history of the Colorado Ranger traces back to the 19th century. Two stallions were brought to the USA in 1878. Those equines were imported from Turkey as a gift from the Turkish Sultan Abdul Hamid II to US President Ulysses S. Grant.

The first horse was named Linden Tree, a grey Barb foaled in 1874. Another one was named Leopard, a grey Arabian foaled in 1873. The two horses were delivered to Virginia in 1879. Randolph Huntington, a well-known breeder, kept Linden Tree and Leopard in his breeding herds. Besides, the equines were used in covering mares in a ranch in Nebraska. General Colby, a Huntington’s friend was an owner of that ranch.

As a result, a number of quality ranch horses were produced. Other ranches started to collaborate and bought horses from Colby’s herds. Imported sires covered plenty of mares in the US. Eventually, the stallion Appaloosa with leopard spotting was a grandson of Leopard.

Linden Tree and Leopard made a huge impact on a range of horse breeds. Thus, these horses were registered in the stud books of the Arabian Horse Association and the Jockey Club (for Thoroughbreds).

Breeders went on crossbreeding the horses to improve their ranch stocks. As a result, the Colorado Ranger Horse breed occurred. They got equines with spotted coat patterns that attract horsemen so much. It wasn’t the prime goal at first though. Another two Colorado Ranger foundation sires were a colt with leopard spotting named Max and a Barb stallion named Spotte. Max was foaled in Colorado in 1918. While Spotte was brought from North America in 1918.

Mike Ruby, a breeder from the Colorado High Plains, got his eye on the horse breed. He purchased Max and a son of the stallion from Colby’s Ranch named Patches. Ruby was keeping excellent horses that were known for their breed records. Sometimes, these equines were called Colorado Rangerbreds. You may still face this “nickname” though.

In the 1930s, the severe drought made Ruby move his horses to another pasture. He drove over 300 miles away to keep the herds safe. When the rains drifted away, Ruby brought his horses back home. This led to establishing leasing groups of Ruby’s horses to other ranches. Eventually, the Colorado Ranger Horse breed influenced other stock horses. They included the Appaloosa, Quarter Horse, and others.

In 1934, Mr. Ruby was invited to exhibit his two stallions at the Stock Show in Denver. He chose Leopard #3 and Fox #1 that had stunning leopard coat patterns. The equines were introduced to thousands of show visitors. Since then, the horses were named Colorado Rangers. As they were raised in Colorado and were kept in range conditions. Today, that’s the official name of the horse breed.

In 1935, the Colorado Ranger Horse Association (CRHA) was formed by Mike Ruby. He was the President of the CRHA until his death in 1942. The registry set a limit of 50 members. Many horse breeders who didn’t manage to register their equines, did it with the Appaloosa Horse Club. In 1964, the registry was opened. That allowed to register more horses that were previously registered as Appaloosa Horses.

Nowadays, the Colorado Ranger Horse is spread in western and eastern parts of the US. Besides, there are solid breeding farms with Colorado Rangers in Canada. 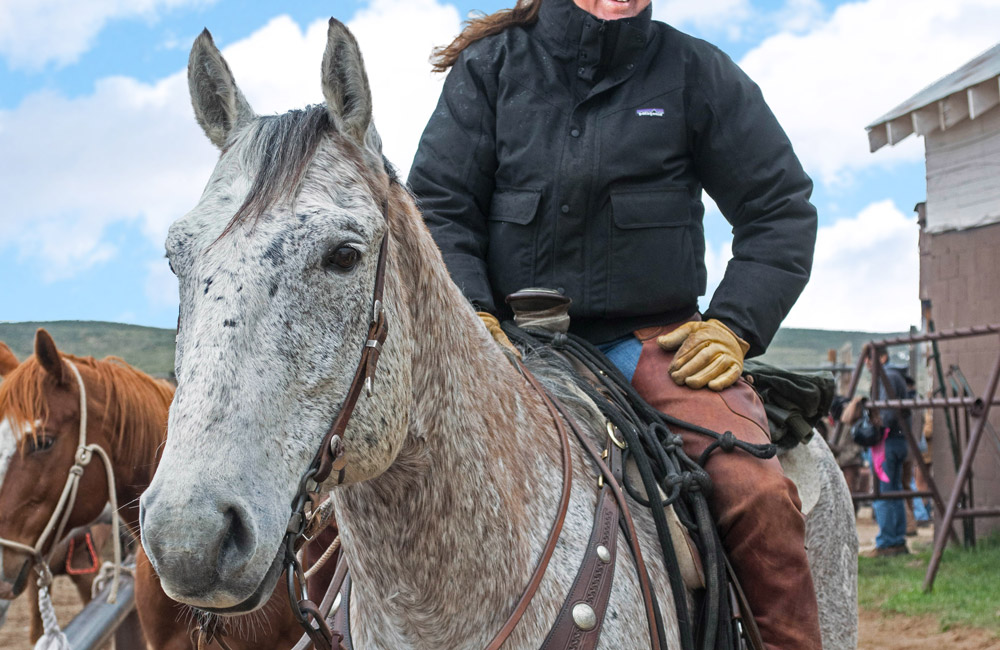 The Colorado Ranger Horse is intelligent and versatile. It’s a bold horse that is not easily spooked. It stands out with its stock horse features. Thus, the Colorado Ranger is perfect for farm work and as a family pet. Owners use the horse for trail riding as well.

Colorado Rangers are equines that are easy to work with. These are multi-tasking horses. Riders and trainers find it pleasing to deal with the Colorado Ranger Horse. 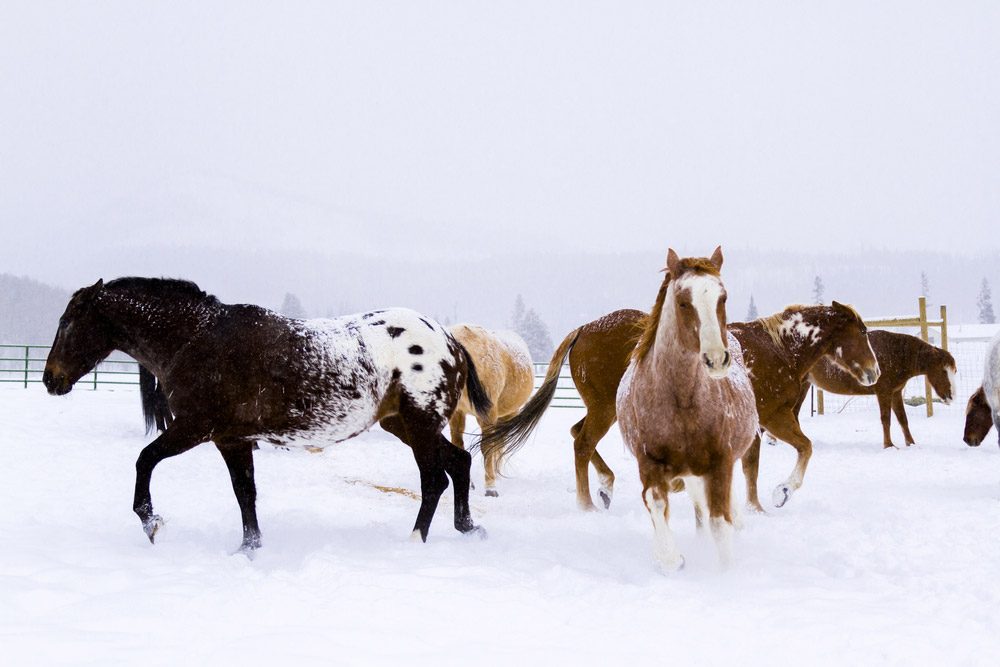 The facial profile is straight, the neck is long, muscular, and arched. The chest is deep. The shoulders are sloping as well as the croup. The back is short. These are versatile horses that are loved for their athleticism.

As for the Colorado Ranger Horse color, there are no strict color regulations. They can be any color except Pinto. Pinto horses are not allowed by the registry. The common colors are chestnut, black, roan, bay, and grey. The result patterns include the blanket, leopard, and tri-colored leopard. 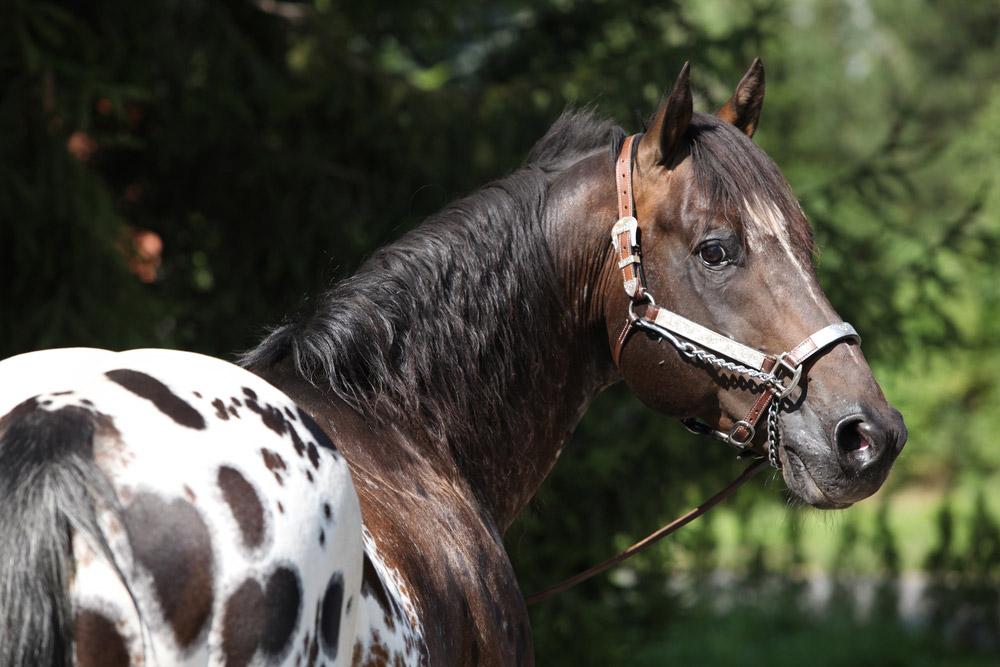 The Colorado Ranger Horse costs from $5,000 to $10,000. The price tag depends on a range of aspects. They include the Ranger’s age, gender, color, health, and working experience. If you’re looking for a riding horse, special horse tack is needed as well. These are a horse saddle, saddle pad, and bridle. 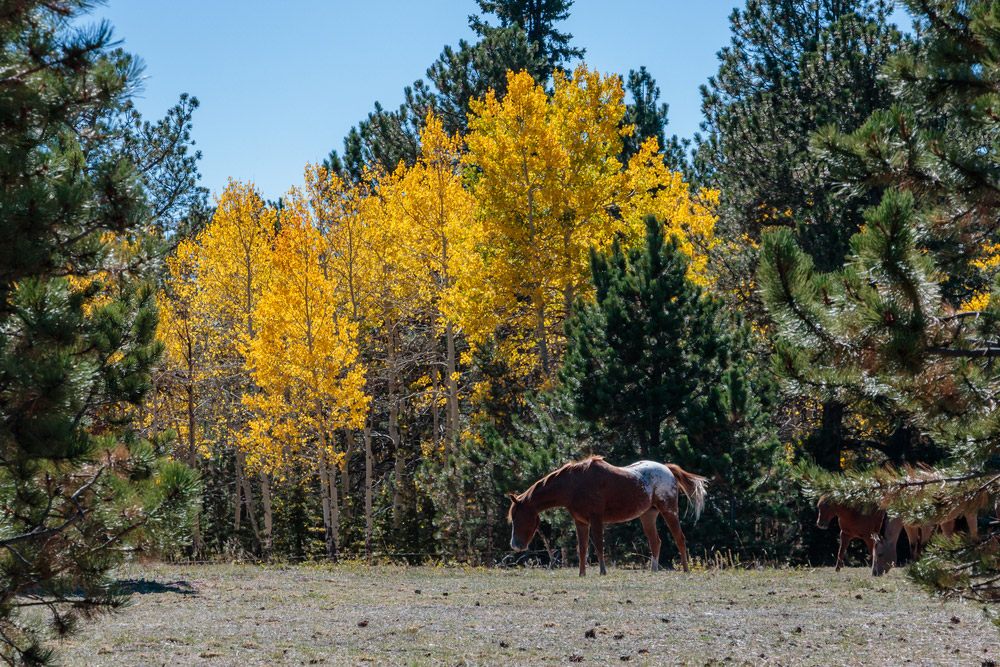 The Colorado Ranger Horse is a distinctive horse breed. It’s loved for its leopard appearance and good temperament. The horse is a top-notch farm worker. It’s powerful and versatile that can help you with your daily duties.

You may face Colorado Ranger Horses in English and Western disciplines. The horse is popular for pleasure riding as well. Wear a protective helmet that will make the journey comfy and safe.

David Garcia is a vivid writer and a big fan of equestrian sports. He founded Horsezz – the blog where David shares his knowledge and experience about horses, tack, equestrian riding equipment, taking care of horses, and other useful guidelines.
PrevPreviousBelgian Horse Facts
NextHackney Horse FactsNext