A Story of the Ugliest Horse in the World

Amazing what you can find at Craiglist, ranging from a batch of free popcorn to… the ugliest horse in the world. How would a displeasing animal look like? Let’s check it out.

A few years ago there was a weird ad placed on Craiglist with the following title: “TWH WORLDS UGLIEST HORSE”. A catchy one, right? A 15-year-old Tennessee gelding named Butter was offered for sale. This broke horse was 15 hands tall with a Cremello color coat. The trail equine was stated to have a great gait and good temperament. He even knew a few tricks to perform.

So why ugly? Butter has a unique color called Cremello. The horse is homozygous meaning it gets two creme gens that results in dilution. When two creme gens appear on a red or chestnut equine, a Cremello horse happens. Cremmello is just a color, not a breed. Thus, this color can be found in a range of horse breeds. This unusual coloring is popular among Quarter horses, Saddlebreds, and Draft horses.

In short, we found out Butter had nothing in common with ugliness. Unfortunately, that ad has expired and we don’t know how the story ends. But you can check the short video with Butter performing. Isn’t he a cutie?

Another story describes an Arabian horse called El Rey Magnum. Such a chic name for an extraordinary equine. The animal differs from its peers by having an unusual head built. There’s a strange curve on its face that may seem as the muzzle was squeezed.

Vets were concerned about El Rey’s state of health. They believed the horse was suffering. Such a face structure may lead to breathing issues. Besides, horses can’t breathe with their mouth. It’s claimed that the limited airways could make breathing complicated. However, Orrion Farms, the owner of this unique equine states that El Rey Magnum is nothing but a gorgeous stallion. He’s currently taking part in breeding and we’re going to witness his foal soon.

Arabian horses have their unique body conformation that makes the breed so special. They do have shaped heads, big eyes, and nostrils with small muzzles. Someone may find it ugly, others would say it’s merely the breed characteristics. You name it.

However, some genetic disorders in the Arabian horse can take place. For instance, the Cerebellar Abiotrophy may lead to tremors and uncoordinated moves. Another disease is the Occipitoatlantoaxial Malformation (OAAM) which affects the skull and vertebrae. The signs include uncoordinated moves to paralysis.

It’s said that an overmuscled unwieldy equine is the ugliest horse in the world. But is it?

The American Quarter Horse is deemed as one of the oldest and popular breeds in the USA. It’s quite versatile as the equine is quite sturdy with a good temperature. Some animals are usually used as racehorses while others are halter horses. The last type refers to extremely muscled horses. They are compared with bodybuilders who are performing at the shows.

So as for heavily muscled people, the same goes for bulky equines. Somebody may find it ugly, others are feeling obsessed. However, the downside of such a breed is that horses are likely to have the HYPP gene – Hyperkalemic periodic paralysis. This is a genetic disorder that affects muscle cells and leads to uncontrolled tremors and paralysis. Thus, having a halter horse may be charming but you should bear its health conditions in mind. 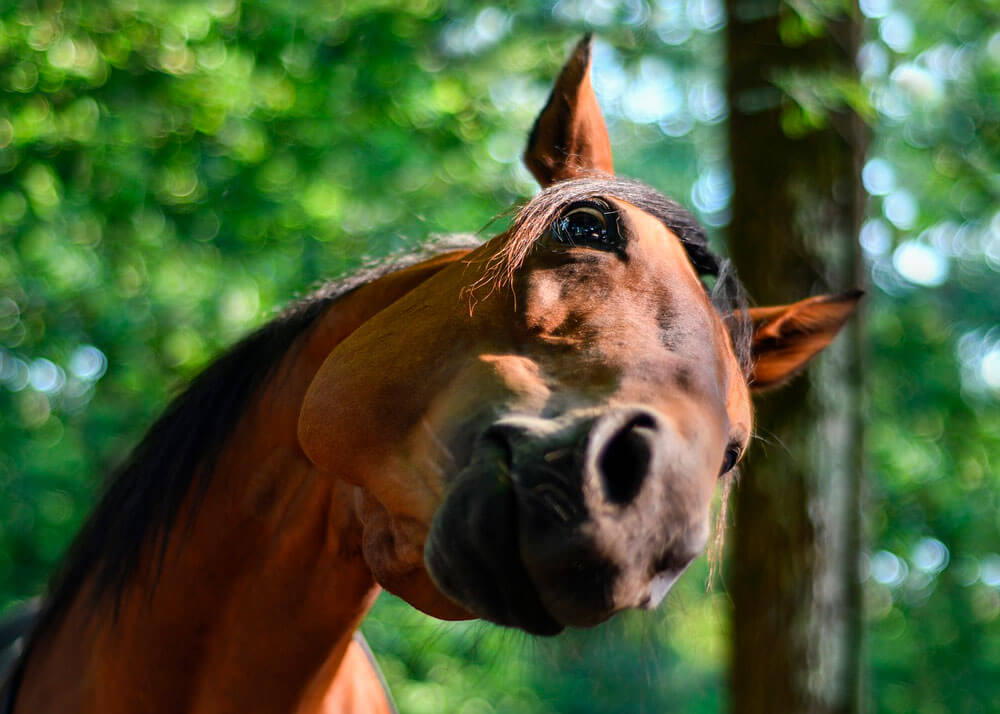 So Which Horse is the Ugliest Ever?

Every breed and every equine is unique. It’s hard to name a horse ugly as each of them has its own characteristics that differ one from other animals. Anyway, beauty is in the eye of the beholder. A wide range of horse breeds allows you to choose a companion that fits you best. Once you bond with your fellow, you’ll like its features and make steps forward to perfection.

You can make your hooved pal look even prettier with top-notch tack gear like a horse saddle or horse bridles. If you ever faced an equine with an uncommon appearance, please let us know.

David Garcia is a vivid writer and a big fan of equestrian sports. He founded Horse Riding Center – the blog where David shares his knowledge and experience about horses, tack, equestrian riding equipment, taking care of horses, and other useful guidelines.
PrevPrevious5 Best Automatic Horse Waterer with Heater Reviewed
NextHow Much Does a Donkey Cost?Next