What Is a Przewalski Horse? 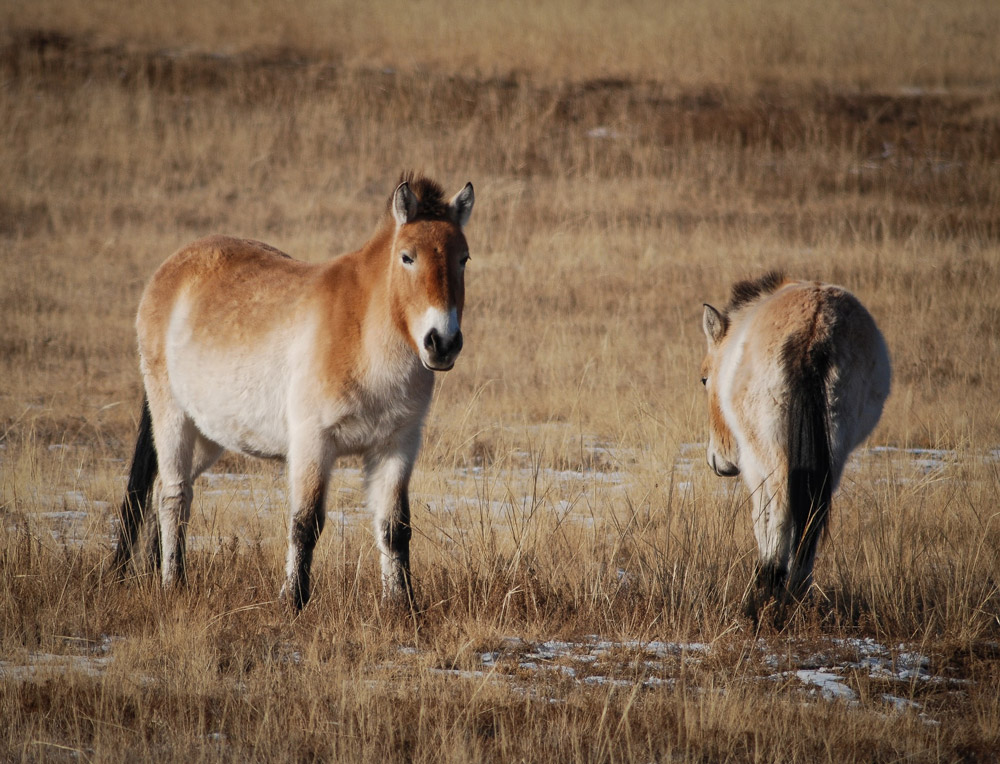 First records of wild horses with Przewalski’s conformation trace as back as 20,000 years ago. But there are still no strong proves linked to Przewalski’s Horse. Early sources mentioned Przewalski’s Horses in the Chalcolithic Botai culture. Thus, the horse breed occurred from 3000 BCE.

The breed is named after the Russian geographer Nikołaj Przewalski. In 1881, the horse was named Equus Przewalski or Equus Ferus Przewalskii. During the 19th century, the breed has been captured and explored. Some representatives were kept in the zoos. This helped to promote the breed and safe from extinction.

Several expeditions took place in 1955 and 1962 to look for Przewalski’s Horse herds. A few representatives were found in the result. The horse was marked as extinct in the wild for more than 30 years. Military needs, hunting, zoo capture were the main reasons that affected the breed’s population decline.

Attempts to keep the captive breeding has failed until 1902. 28 foals were importer to Europe at that time. The captives were spread among zoos and breeding centers in the United States and Europe. Most of the captive programs have failed but some of them were successful. By the 1930s, captive breeding has declined immensely. Another downturn was caused by World War II. When lots of equines were abandoned and slaughtered.

During that time, only two captive herds survived. Those were zoo groups in Munich and Prague. Eventually, only 12 Przewalski’s horses had survived in the zoos by the 1950s. In the late 1960s, the horse breed started to revive to hold 130 individuals in 32 zoos.

There were specialized reserves focused on preserving the Przewalski’s Horse as well. One of the most notable is the Askania Nova in Ukraine. In 1998, 31 equines were brought to the Chernobyl Exclusion Zone in Ukraine. This led to raising the population to more than 100 representatives of the breed in that zone. Such equines are typically not used to be ridden under a saddle. 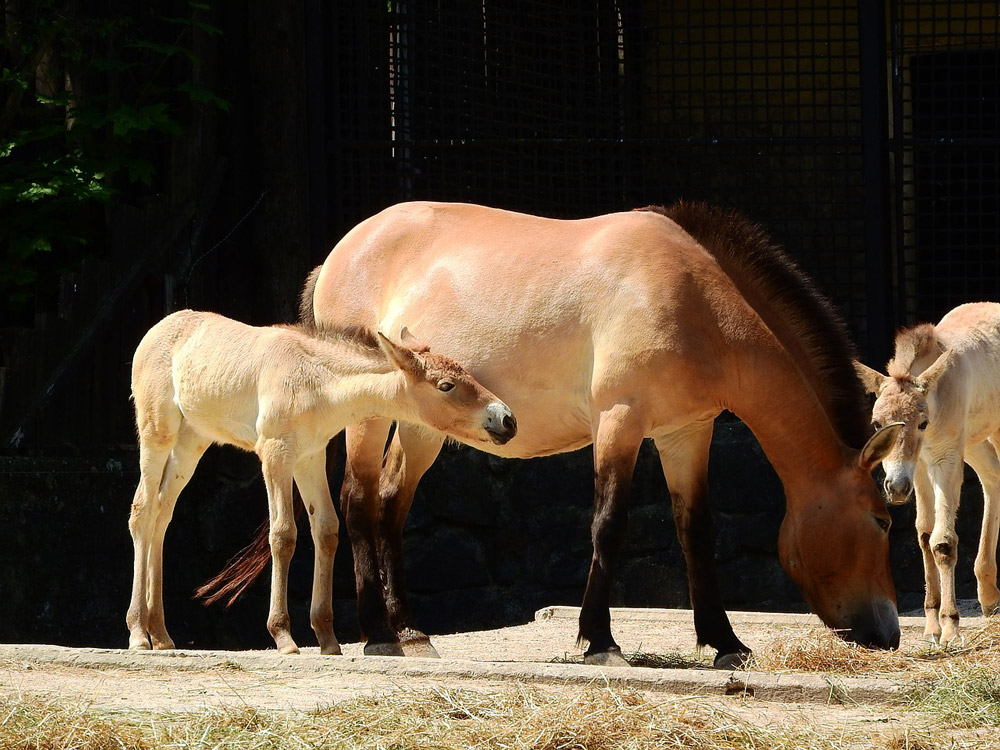 Another significant place to keep Przewalski’s Horses is Le Villaret in southern France. The site is held the way to provide a natural condition for the horse breed. In 1993, 11 representatives were imported to Le Villaret. They live there in the wild being able to mate and look for forage on their own.

In 2011, the project named “Return of the Wild Horses” was launched by Prague Zoo. The point is to keep the breed and reintroduce horses to Mongolia. Thus, the process of reintroduction Przewalski’s Horses has started. The equines are imported to the Great Gobi B Strictly Protected Area in Mongolia.

In 2016, the reintroduction of Przewalski’s Horses started in Russia. The horses were imported into the Orenburg region. All of these affected the breed’s population. Eventually, the Przewalski’s Horse status turned from “extinct in the wild” to “endangered“.

The Przewalski’s Horse is also known as the first cloned horse breed. Supporter by the North American breeding program, artificial insemination took place in 2013. As a result, the first cloned horse was born in 2020. The cell donor was a Przewalski’s stallion named Kuporovic foaled in 1975. He was born in the UK and imported to the US in 1978 where he lived until he died in 1998. The Kuporovic’s tissue was cryopreserved to wait for technology development.

Eventually, the first horse clone was born in the 21st century. It was named Kurt after the German-American geneticist Dr. Kurt Benirschke. Once Kurt grew up, he was imported to the San Diego Zoo. The horse took part in breeding to produce foals with his genes. This led to genetic variation of the equine. 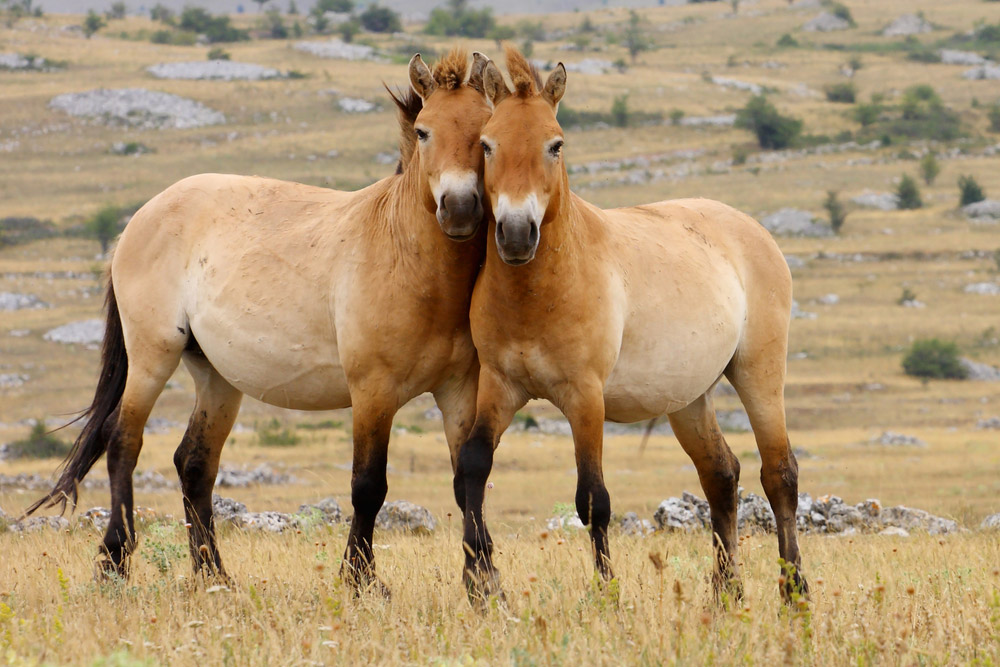 The native origin of Przewalski’s Horse is the Mongolian steppes of the Gobi Desert. The region features not only sands but grasslands too. There are areas with forests and mountains as well. Mongolia is a region of extreme weather conditions. The temperature in summer may go up to 104° Fahrenheit. While it’s 50° Fahrenheit below zero in winter.

Przewalski’s Horses are claimed the only wild horses left in the world. They are kept in natural wild conditions in their habitat. 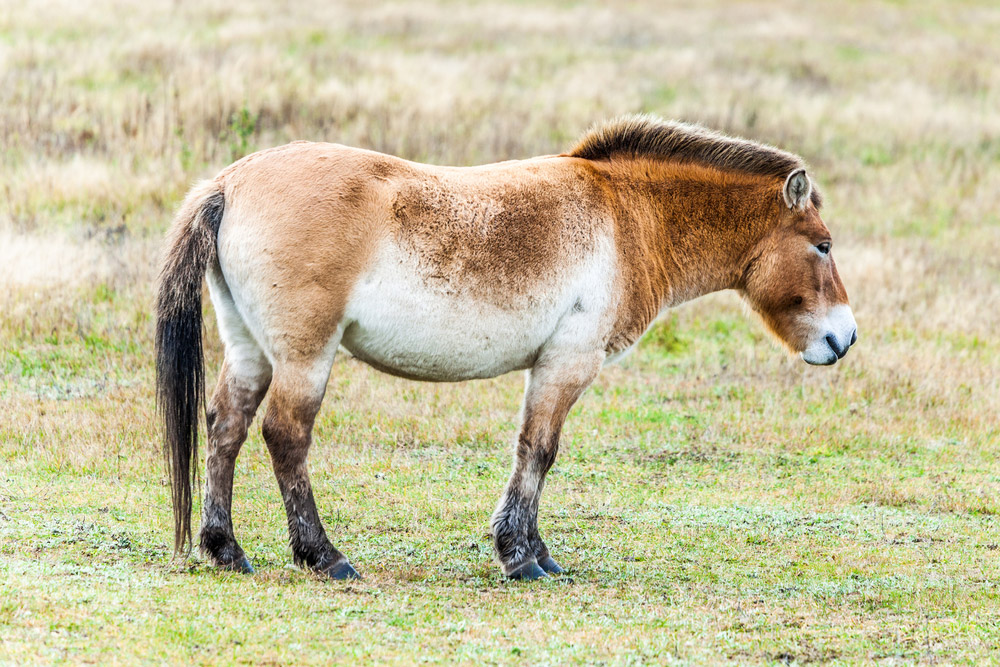 Przewalski’s Horse is stocky and compact. The body is short and of a heavy build. Such horses are smaller than domesticated equines. The head is large with a thick neck. The profile is convex. The dock is long. The legs are short. The hooves are longer on the frontline. The sole horns are thicker to adapt to harsh terrains.

Przewalski’s Horses are commonly dun in color. The mane is dark and short that stands up. The horse’s tail goes up to 35 inches long. The area around the mane is dark brown. While the flanks are light brown. There’s a dark line from the mane to the tail. The muzzle is white while the belly is also yellowish-white. Przewalski’s Horses may have primitive markings. The breed stands out with zebra-striped legs behind the knees. The lower limbs are of a darker color.

The lifespan of Przewalski’s Horse is 25 to 35 years. That is pretty solid.

Przewalski’s Horse height is 12 to 14 hands tall on average. It weighs around 550 to 800 pounds. That is less than an average domesticated horse breed. For instance, a Hackney Horse is 14.2 to 16.2 hands tall. 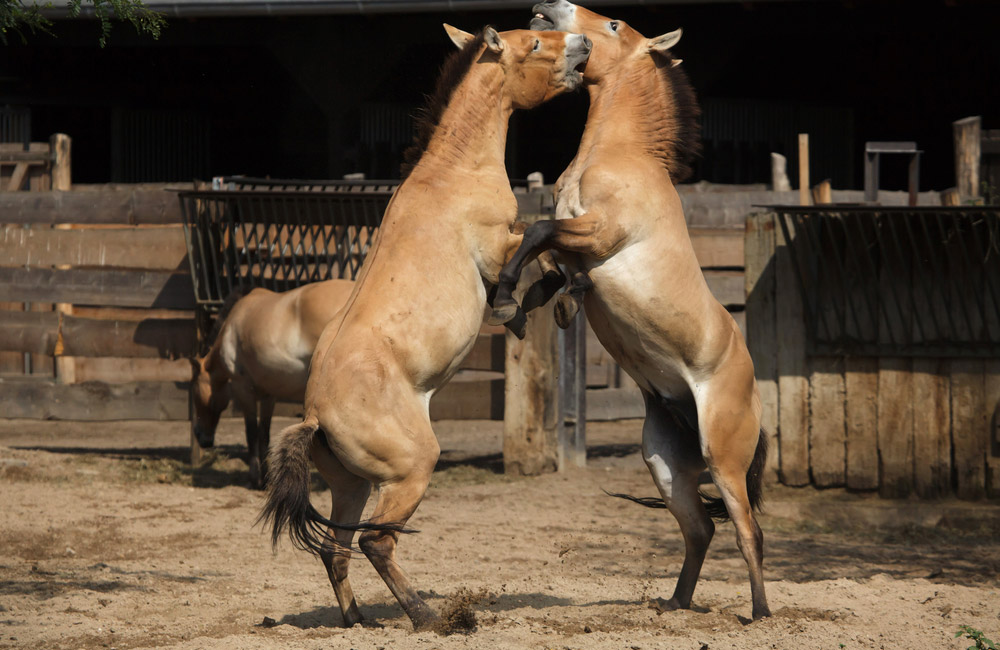 This is a fascinating horse breed that is easily recognized. Przewalski Horses are dun equines with brown short upstand mane and long tail. They have a white muzzle and belly. Zebra stripes on the legs are very attractive. Preservations are working hard to reintroduce the breed to their natural habitat in Mongolia.

David Garcia is a vivid writer and a big fan of equestrian sports. He founded Horsezz – the blog where David shares his knowledge and experience about horses, tack, equestrian riding equipment, taking care of horses, and other useful guidelines.
PrevPreviousHackney Horse Facts