How Hard Can a Horse Kick? Common Signs and Tips Revealed

Horses are powerful animals and can kick with a force of up to 1,000 pounds per square inch. This is equivalent to the weight of 13 elephants! When you consider that a small car weighs about 4,500 pounds, it’s easy to see how dangerous horse kicks can be.

To avoid getting kicked by a horse, never approach him from behind or the side.  Make sure they know who you are before approaching them. Don’t turn your back on them if you’re in close proximity. Always remember where they put their feet down when tying or grooming.

This article reveals the common signs of a horse kick. Check the useful tips to know how to avoid trouble.

Why Do Horses Kick?

Horses kick for a number of reasons. Usually, it’s when they’re scared or uneasy. But sometimes kicks happen when horses are just playing with each other. Horses can be very sensitive and any sudden movements on the part of humans often make them nervous. They may also act out in response to pain from injuries, illness, or because of uncomfortable tack or shoeing.

It’s easy for a horse to kick out in response to a sudden movement. But they’re not usually seeking revenge. Horses don’t have any sense of getting “back at” humans. If you make them nervous by suddenly approaching without speaking softly and calmly first, they’ll react instinctively. They may kick you away from danger.

Some horses just naturally bite when startled. They’re more likely to stomp with their hind feet than kick with theirs because it’s less risky on uneven ground.

Horses may be aggressive if they have been mistreated or abused in some way before coming into contact with humans. Like racehorses trained too harshly on racetracks where kicking tactics are used instead of gentle training. Some horses may act out with aggression to avoid future abuses.

Some horse owners use a whip or other object to strike the hindquarters of an unruly animal. Horsemen do it to force it into compliance and submission. The pain inflicted by this method causes the horse’s muscles to tense up all over its body. This can lead them to kick unexpectedly when they feel threatened and cornered. Because their body is already primed for defense and attack. It takes time for these muscle spasms from being struck with whips or objects like riding crops to wear off. So that the horse will be less likely to make contact while kicking on those who are approaching him too closely. 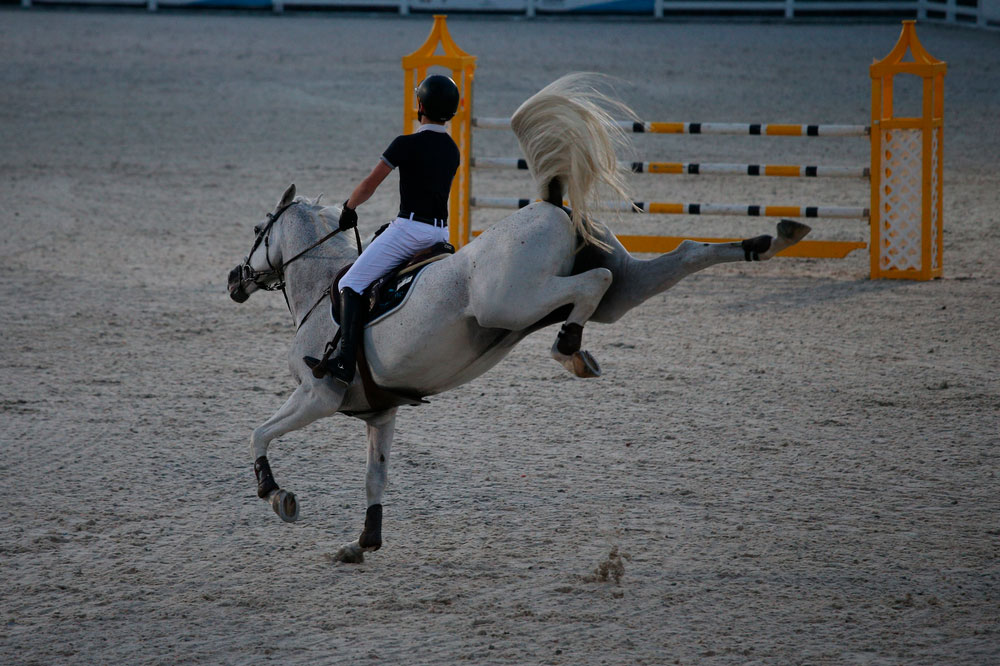 How to Protect Yourself From Horse Kicks?

Wear protective riding equipment when you’re around horses. Always put your riding helmet on before the ride. Quality helmets have a solid shock-absorbing feature to protect from head injuries. You should also wear riding gloves, long sleeves, and breeches. Such equipment will lessen the risk of getting horse kick-related injuries. Putting protective boots on a horse could relieve the consequences of a horse kick.

A good rule of thumb would be to not get too close to any horse without being accompanied by an experienced person. The person who has been trained how to handle their kicks. Horses can also sense fear from people nearby. Try as best you can not show signs of distress or anxiety near the animal.

How Strong Is a Horse Kick?

Horse kicks are naturally strong because of their size. When a horse is full-grown, its height can range from six to seven feet tall. The length of the hind leg alone is about four or five inches long. And it’s powerful enough to deliver a blow that has more force than what most humans have in both arms combined. While at all times maintaining balance on top of two legs!

An average horse will weigh around 1,000 pounds, no matter if it’s male or female. So they’re always going to be able to inflict great bodily harm upon anyone who gets too close. Horse hooves also tend to look sharp and pointed like knives. This could easily slice open skin with one quick movement and pose a serious danger for those unfortunate individuals nearby. 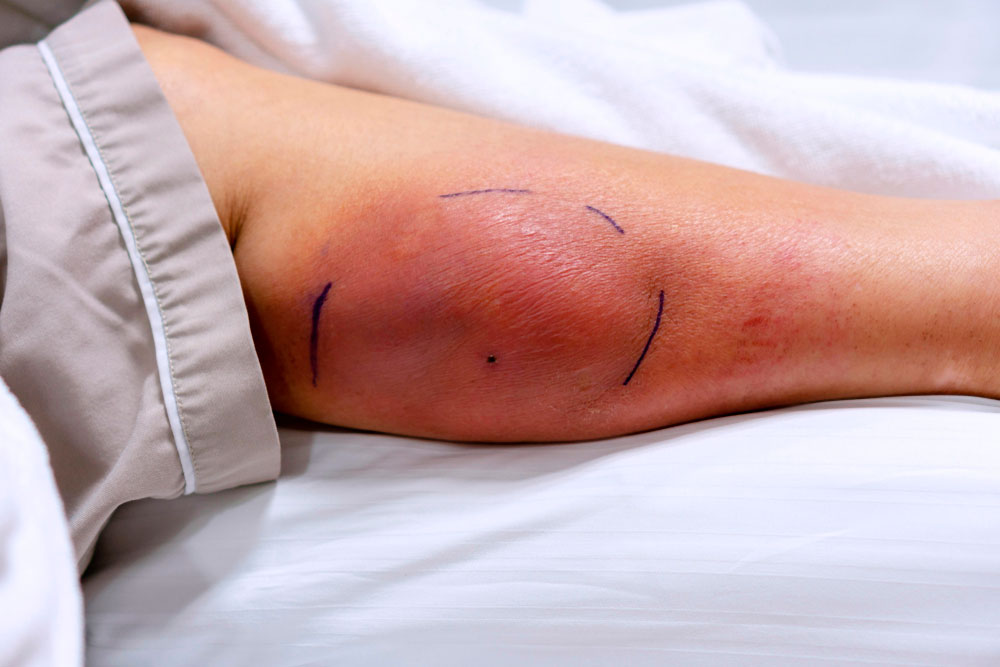 Can a Horse Kick Kill You?

A horse kick is an extremely dangerous thing to happen. In fact, it’s among the most common causes of death for people who work with horses. It doesn’t always take much to provoke one either. Sometimes all it takes is an accidental bump from behind or some other innocent interaction that leads to this terrible event happening.

The force of a single hoof can be up to five inches long and powerful enough to deliver blows. It’s totaling more than what many humans could accomplish in two arms combined while balancing on top of just their legs. This means they are capable of inflicting serious bodily harm upon anyone who gets too close without provocation.

But don’t worry, a horse kick is usually a rare thing. The kick may leave a solid bruise on your body that will disappear over a few weeks. The consequence depends on the area you were kicked. A kick to the chest might lead to broken ribs. The most dangerous thing is a kick into the head. As it might be fatal.

How Bad Does a Horse Kick Hurt?

There are many dangers such as punctured lungs, broken ribs, or even death from being kicked by a horse.

Dr. Chiara Spagnoli-Nitti of the University of Cambridge published an experiment that studied soccer players. They were struck on their shin with a wooden stick and then asked to kick towards her team’s goalposts at different distances. The kicker did not feel pain when they were kicking close up but felt it significantly more as distance increased. This is because there was less time for them to tense up before executing a strike. Than if he had been hit closer and didn’t have much room to loose energy before contact occurred.

Similarly, horses are most likely going to use greater force near their hindquarters.  This is where they are most vulnerable due to their lack of a protective spine. 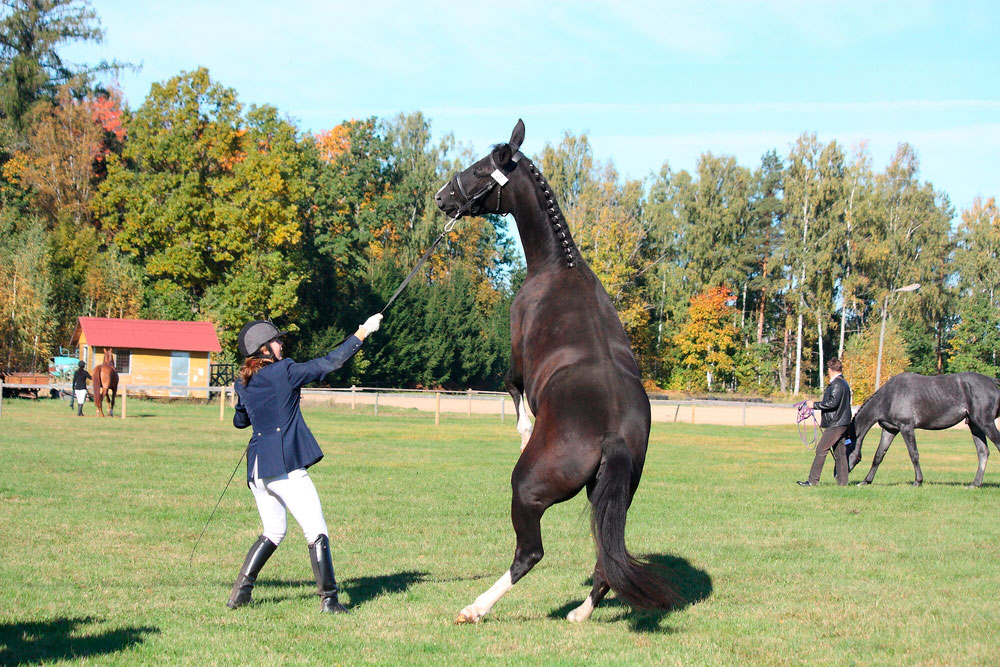 What to Do if a Horse Kicked You?

Stay calm, assess the injury, and get medical attention. The most important thing to do is stay as still as possible until you can seek help from an expert. This will help reduce bleeding or further damage to any injuries that have occurred. A person should seek medical attention if they’ve suffered a kick from a horse that left them unconscious for more than five minutes. Or has caused any other major injuries such as broken bones, bleeding wounds, organ lacerations, etc.

There are some basic first aid skills that you should know if someone needs help: 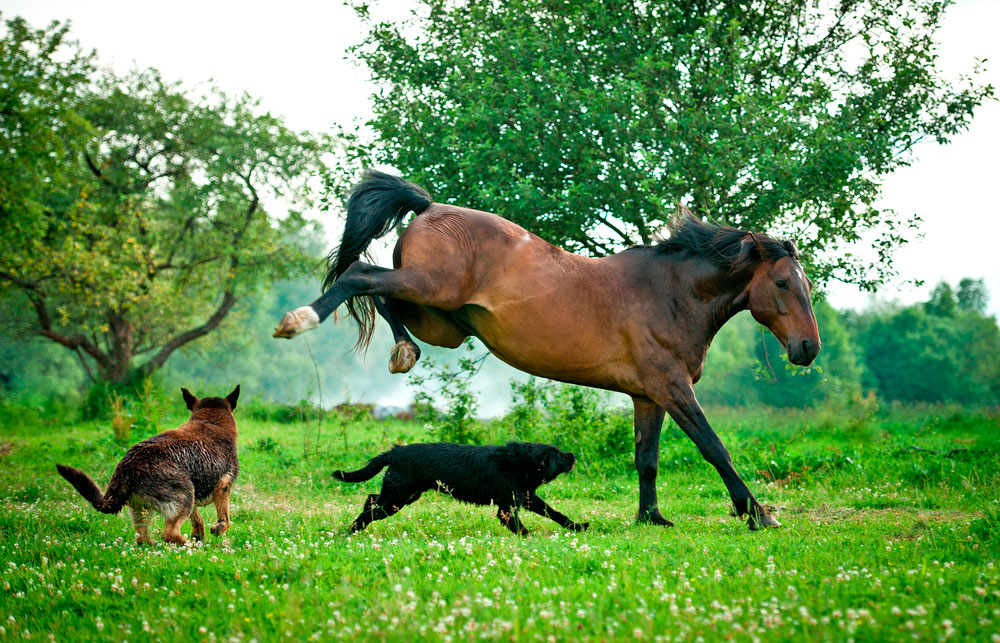 How to Tell if a Horse Is Going to Kick?

Some common warning signs that your horse is about to kick are: ears back, head down and tail erect or flicking behind them. Other things to watch for are the sudden tensing up of their hindquarters (i.e., they will be holding themselves very stiffly). This may also involve pawing with one or both front feet. Even if it’s just in the air ahead of themselves – this can often precede kicking out at you by a few seconds!

A horse who has kicked you before is more likely to do so again than an unfamiliar one. Because there would have been some sort of consequence after the first time such as being shouted at, punished severely, etc. If your horse succeeds in scoring a hit on you, they will usually come around to your side and move back in a circular motion.

A number of things can be done if you think that a kick is imminent: 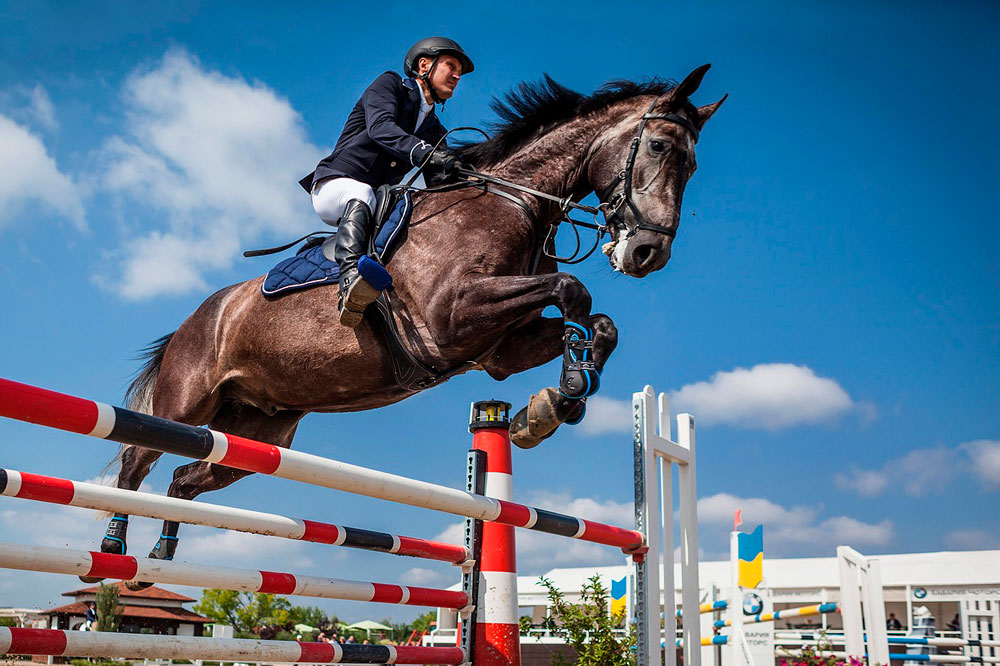 How to Avoid Horse Kicking?

Here are a few tips to help you avoid being kicked by your horse:

Horses are powerful animals with strong legs and hooves. They can kick you if they feel threatened. It’s important to know how hard a horse’s kick can be. If your horse tries to bite you or kicks at you for no reason, you have to find the reason for it. But if the horse just gives one little kick out of nowhere, there may not be anything wrong with it. The equine might have been startled by something. You could also try petting your horse gently on his neck in order to calm him down. 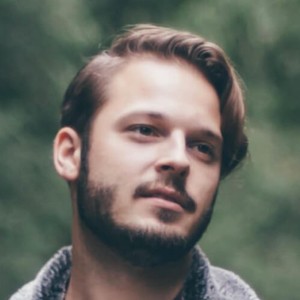 David Garcia is a vivid writer and a big fan of equestrian sports. He founded Horsezz – the blog where David shares his knowledge and experience about horses, tack, equestrian riding equipment, taking care of horses, and other useful guidelines.
PrevPreviousHow to Polish Cowboy Boots: 8 Effective Tips Revealed
NextTypes of Horse Bits and Their Uses [+ Horse Bit Severity Chart]Next